An Imposter Among Us: Trending app brings together students and teachers 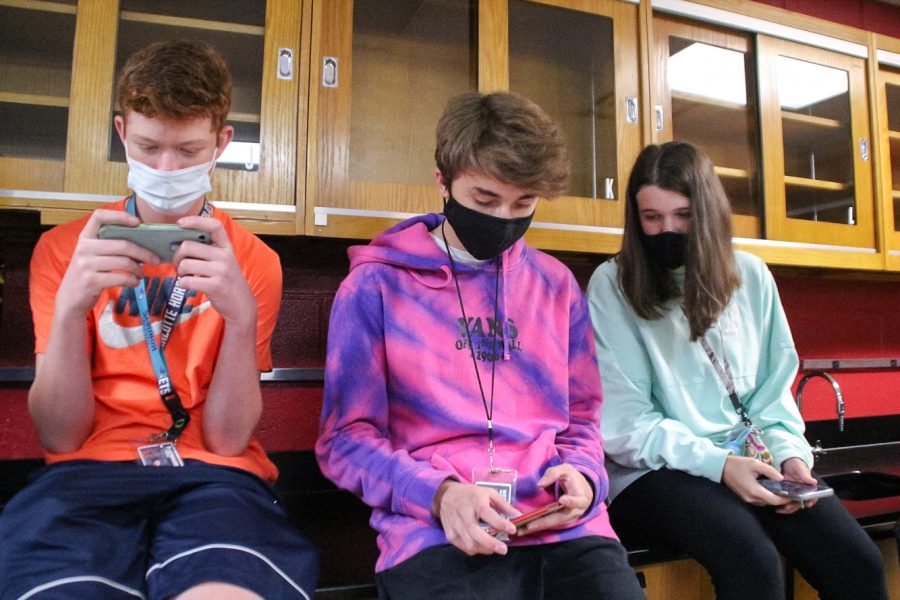 First Fortnite, then TikTok, what’s the next big thing?

“Among Us” is a game where players try to discover an alien impostor and was created by InnerSloth in 2018. It is available for download on platforms like iOS, Microsoft Windows, and Androids. Despite being released two years ago, it has recently gained a huge amount of popularity due to celebrities on Twitch, TikTok and Youtube.

“I really enjoy playing the game. I first got into Among Us when I discovered Valkyrae, a youtuber, started playing it,” sophomore Matthew Pham said.

Once people join a game, either with friends or strangers, they appear in a spaceship that can hold 4-10 players. Players are assigned with the role of “Crewmate” or “Imposter.” The crewmates’ objective is to repair the ship by completing their assigned tasks.

Alongside this group are the imposters in disguise, whose goal is to prevent the other players from finishing their mission. This is achieved by killing all players without getting caught. If crewmates have suspicions about who the imposter is or have found a dead body, they can call an emergency meeting where they can vote out the suspected alien.

Anybody can get a sense of how popular this game is based on the number of Westmoore students playing during school. They can be spotted playing in the morning before class, during freetime in class or during lunch.

“When I play at school, the atmosphere is very intense and scary because you’re playing with the people around you,” sophomore Brennan Morris said.

Students are not the only ones playing. Teachers are also joining in on the hype. English I teacher Mrs. Anderson enjoys playing the game in her free time.

“I love playing with my friends but I’m not very good. The cool thing is that everyone in class gets involved, even the quiet kids. Halfway through the semester, I finally learned the names of some my classmates because I played alongside them as the imposters,” junior Kenny Kim said.

“It is really fun playing with my students because it shows their personality and brings out a competitive side of everyone, including me. Although I am terrible at being imposter, it is so much fun and challenging,” Mrs. Anderson said.

The game Among Us gives students and teachers a fun—and socially distanced—way to interact.