Why is HoCo Not a Big Deal? 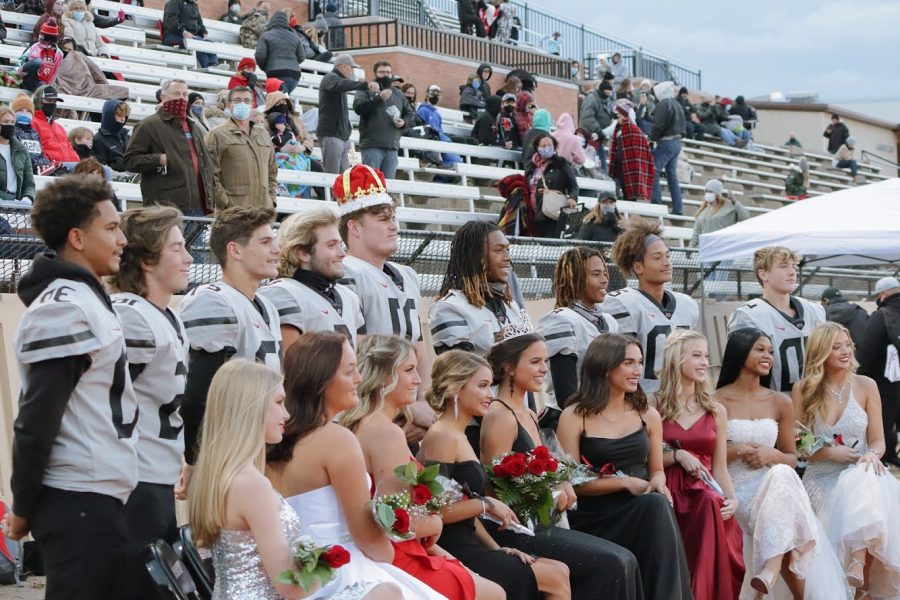 The Homecoming Court smiles for a photo after the crowning of king and queen.

MOORE, OKLA. – Throughout the years, homecoming (HOCO) has become less of a trend across our school. Unlike other schools across the country, students are not involved in typical HOCO traditions like parades, dances and assemblies, but why?

“I don’t think there is enough student involvement because students don’t know much about it. Cheer, pom, athletic trainers and managers are the ones into it because they are getting voted on to the HOCO court. Our ultimate goal is to give everyone a chance to be a part of homecoming because they are putting in just as much hard work as football is,” athletic secretary Carrie Vaughn said.

Vaughn planned to try to introduce a few changes for HOCO this year, but when COVID-19 hit in March 2020, she was faced with difficulties. In the years to come, she hopes to change the attitude and interest of students, like sophomore Adam Stone, to where HOCO is an event to look forward to.

“I don’t really care about homecoming because I’m usually busy, but if we included a parade or dance, I would probably go,” Stone said.

If our school had traditions, like the silk mums we once had before, students would be more motivated to celebrate HOCO. Ms. Parks is one of the few teachers and alumni who remember the time of the silk mums. She has several ideas on how HOCO could be integrated into student’s lives.

“Homecoming is one way that we celebrate all of the good things about Westmoore, and that means that there’s a place for everyone to be a part of the celebration. Hall decorating should just be a first step in making that happen. This year it was a way for more groups were involved. I’d also like to see us reach out to our alumni and get them involved in homecoming,” Ms. Parks said.

“I have suggested that homecoming weekend would be a ideal time to schedule class reunions to a few other alumni,” Ms. Parks concluded.

With the help of students and faculty, HOCO could become a memory for students that they cherish for the rest of their lives.

“When I was crowned homecoming queen, I was definitely excited. It’s something that I will tell my kids about, and they’ll make fun of me, but I think it’s so cool and I will remember it forever,” senior Anna Lunday said.